What a season. Winning the Division 2 finals last year had moved the EG girls soccer team up to Division 1. Of course, it was a huge adjustment for the team. They felt a tremendous amount of pressure to succeed after winning the championship the previous year. This was pressure that could destroy a team. But for East Greenwich, this victory pushed them and they didn’t let their momentous win become a burden on their season. Senior captain Sofia Barnes said, “It’s not easy moving from D2 to D1, and I am so proud of the season we had considering it was immediately after that transition.” 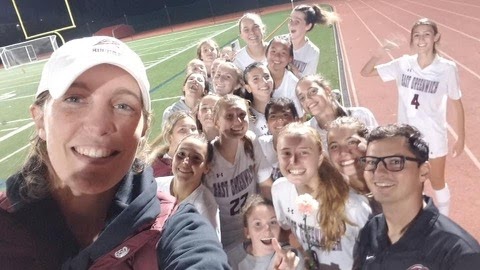 Facing tough competition, the girls soccer team continued to fight, even after tough games. Throughout the season, the team’s ambition and perseverance was tested through all of the highs and lows. The beginning of the season was hard for the team, but they were able to gain momentum. Barnes mentioned the team’s improvement during the season saying, “Our improvement was incredible; even a referee commented on how much we had improved since the beginning of the season. His comment truly represents how determined each player is, and I feel so lucky to have teammates who push themselves and each other every day.”

East Greenwich made it to the quarter finals on Friday, November 5th at Cumberland High School. Last time the two teams competed, the score was 1-3 with Cumberland taking the lead. Spirit’s up and adrenaline rushing, East Greenwich gave a tremendous fight throughout the game which kept it close at a 0-1 loss for EG. Sadly, this loss resulted in the team’s season coming to an end but they should be extremely proud of a tremendous season. 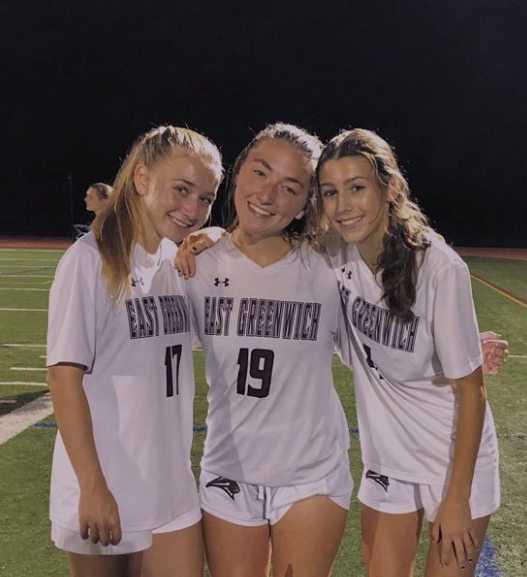 The girls soccer team has had an amazing season that is defined by their teamwork and perseverance, not by a win or loss. The team is losing three seniors; Ava Lanfredi, Sofia Barnes and Siena Potorski as they embark on a new chapter in their lives. Of course, they will be missed. However, the team has a solid foundation with talented juniors, sophomores and freshmen who are willing to step up to the challenge for the years to come. Junior Gracie Kauffman, one of the lead scorers for the girls soccer team, remarked, “We are gaining some good players (for next year) and I look forward to, hopefully, leading this team to a state championship.” These next years look extremely promising for the East Greenwich Varsity Girls Soccer team.