The Avengers have finished their regular season with a 7-1 record looking at a home playoff game this Friday, November 2nd. They will be playing Mt. Hope who currently has a 5-3 record. This game will be played at Carcieri Field at 7 O’Clock Friday night. Their last home game and senior night was Friday October 26th. On this day, senior captain Kevin Licciardi broke the single season rushing touchdown record. The record holder prior was Carney Crawford, who could be considered one of East Greenwich’s best running backs in recent memory. Licciardi breaking this record was a big deal, with Crawford currently holding over 90% of the rushing records here at EGHS.

The Avengers await the coin toss during the pregame.

When asked what this meant to him, Licciardi said, “I am thankful to have such great teammates and offensive line to set me up with this opportunity. I am honored to be in the record books and hope to inspire future players at EGHS.” After trying to get more out of Licciardi about the record, he seemed pretty focused on the playoff game on Friday. 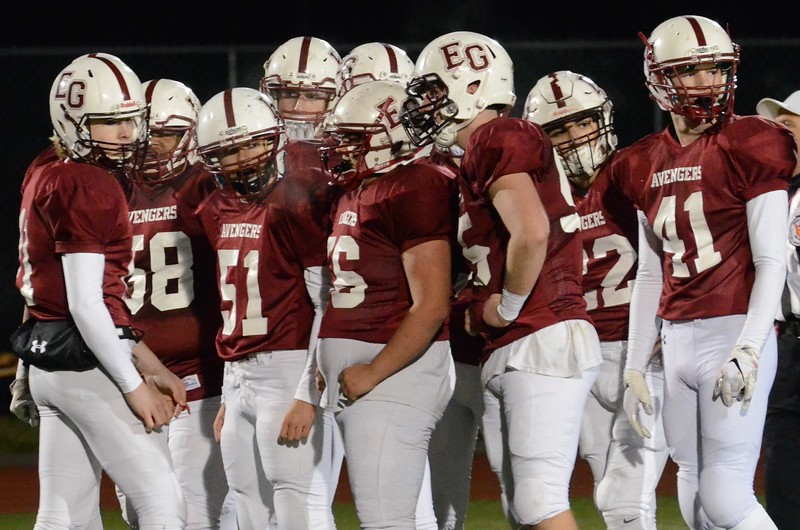 Junior quarterback Conrad Swanson awaits a play-call from the sidelines.

The Avengers know that Mt. Hope is a tough opponent but feel confident that they can add another W in the win column. Senior captain John Anderson said, “Obviously with playoffs starting the team is excited to make a deep run, but we need to focus on the challenge in front of us. We just have to prepare for Mt. Hope and not overlook the talent they have. There will not be any more easy games for us with playoffs starting so staying focused each week will be key.” Clearly, John and the team are ready for this week.

Having this home playoff game is vital for the Avengers success because they are currently undefeated at home this year. The team hopes to have the Avenger faithful out in full force. Be there and be loud! Diwali: A Festival of Lights